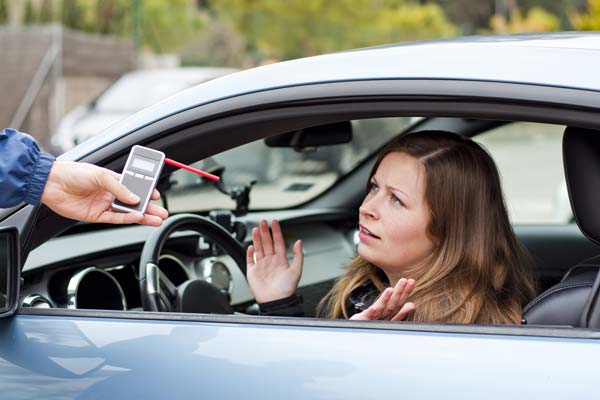 Driving is something most people do every day and will likely take for granted. However there is a multitude of legislation, rules and regulations which must be followed if one wishes to retain their driving licence and continue to drive. In this article we will highlight the most common driving offences committed in the UK.

Our lawyers have carefully considered 2017 Criminal Justice Statistics Bulletin (Published 17th May 2018), which records criminal offences committed in the United Kingdom from January 2017 through to December 2017. Our lawyers have focused on the Motoring Offences aspect of this report which reveals that in 2017 approximately 58,000 motorists were disqualified from driving.

The 2017 Criminal Justice Statistics Bulletin reveals that throughout 2017 there were approximately 664,000 defendants prosecuted for driving offences throughout the United Kingdom.

The offence of Speeding is the most commonly committed driving offence of them all with approximately 176,000 prosecutions attributed toward the offence of speeding.

An example of where ‘totting up’ would occur is if a defendant already has 6 active penalty points on a driving licence and then commits an offence of speeding (51mph on a road restricted to 30mph). The speeding offence would result in a further 6 points being endorsed onto the driving licences, resulting in a total of 12 penalty points. In these circumstances, the defendant would be facing a driving disqualification of at least 6 months.

Our Agreed Fees for Motoring Offence cases with a specialist Driving Offence Solicitor start from;

The 2017 Criminal Justice Statistics Bulletin revealed that throughout 2017 vehicle offences relating to ‘Insurance Offences’ were the second most committed motoring offence with approximately 164,000 prosecutions throughout 2017, this seeing a 5% increase in prosecutions from 2016.

The insurance offences relate to Driving Without Insurance and Failing to Insure a Vehicle.

Subject to exceptions, Section 143 of the Road Traffic Act 1988 places an obligation upon every person that uses, causes or permits another person to use, a motor vehicle on a road or public place to have a policy of insurance in place to cover third party risk. It is crucial to highlight that the offence under Section 143 of the Road Traffic Act 1988 can occur if a person uses, causes or permits any other person to use the motor vehicle on a road while uninsured. If you drive a motor vehicle without a valid policy of insurance in place, you could be found guilty of driving without insurance. It is also important to note that if you permit someone to use a vehicle, knowing that they are uninsured, you will be guilty under Section 143 of the Road Traffic Act 1988. There is a legal principle know as ‘ignorance is no defence’ therefore attending Court and explaining that you thought you had renewed your insurance policy and you thought you were insured at the relevant time would not amount to a defence. If such arguments were accepted by the Court, the prosecution would struggle to secure a single conviction for this offence.

Using a Mobile Phone Whilst Driving

Our lawyers suspect this decrease in offending for mobile phones offences is most likely connected with the fact that the punished for using a mobile phone whilst driving increased from 3 penalty points to 6 penalty points from 1st March 2017. This potentially support the assertion that harsher sentencing acts as a deterrent and thus reduces offending.

The 2017 Criminal Justice Statistics Bulletin revealed that the offence of Drink Driving also saw an 8% decrease in prosecutions compared with 2016, with a total of approximately 35,000 prosecutions for drink driving.

The 2017 statistics for drink driving and using a mobile phone whilst driving, both had the lowest number of prosecutions over the past decade, which demonstrates a positive move towards making the roads in the United Kingdom a safer place for other motorists and pedestrians.