Ban on any use of hand-held mobile phones whilst driving 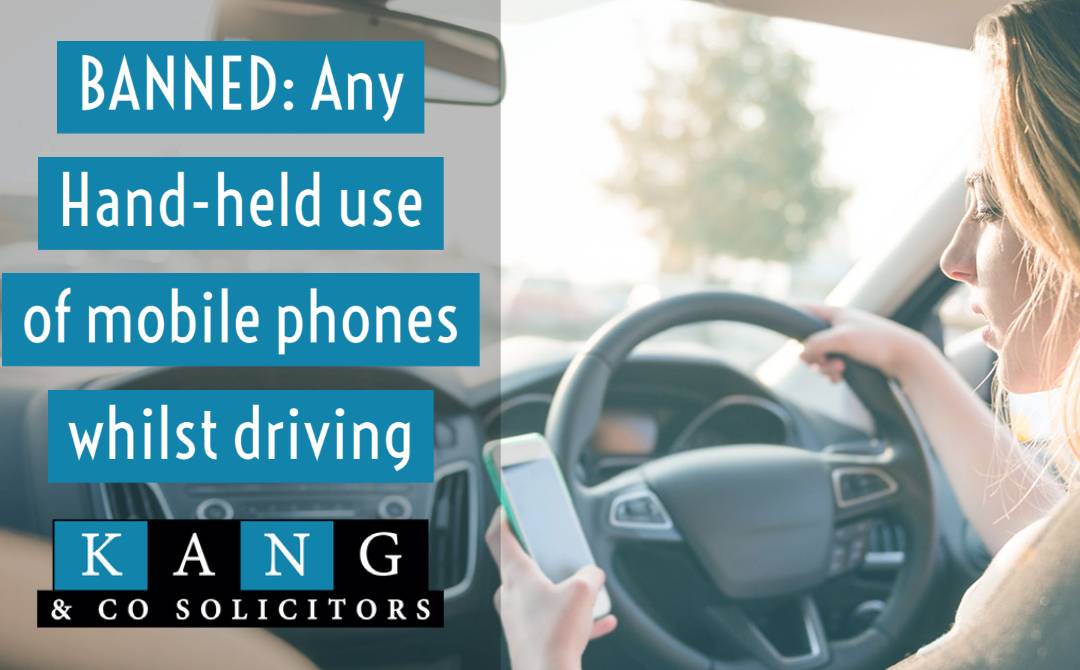 In 2021 using a mobile phone whilst driving laws will be strengthened by making it illegal for anyone to pick up and use their phone at the wheel.

The new legislation, expected to come into play early next year will finally close a loophole that has been used by many drivers in recent years. It will ban using of a  hand-held phone for activities like using apps, taking a photo or playing a game, which had previously not been included in legislation.

These new laws will further enhance the current laws around phones & driving that were first introduced in 2003. Since then, the law has been strengthened multiple times and since 2017 the punishment for using a mobile phone whilst driving was extended to 6 penalty points and a £200 fine.

Ministers were also pushed to ban the use of hands-free functions on phones, like using a sat-nav or phone in a cradle. This however was rejected.

Conservative House of Lords Roads minister Baroness Vere said hand-held phone use behind the wheel was “distracting and dangerous” and that “for too long risky drivers have been able to escape punishment”.

The new change of law is which is currently under consultation is likely to come into force in early 2021.

Speaking to the BBC, the National Police Chiefs’ Council lead for Roads Policing, Chief Constable Anthony Bangham, sai : “Using a mobile phone while driving is incredibly dangerous and being distracted at the wheel can change lives forever.”

“Police will take robust action against those using a hand-held mobile phone illegally and proposals to make the law clearer are welcome.”

Using a phone or a sat nav when driving current laws

It’s illegal to hold a phone or sat nav while driving or riding a motorcycle. You must have hands-free access, such as:

The device must not block your view of the road and traffic ahead.

You must stay in full control of your vehicle at all times. The police can stop you if they think you’re not in control because you’re distracted and you can be prosecuted.

The law still applies to you if you’re:

When you can use a hand-held phone

You can use a hand-held phone if either of these apply:

The Human Cost of Using a Mobile Phone Whilst Driving

The use of mobile phones whilst driving lead to hundreds of accidents each year in the UK. In 2019, there were 637 recorded casualties – which included 18 deaths and 135 serious injuries – in crashes where the driver using a mobile phone was seen as a contributing factor.

Drivers up until now had successfully argued that filming or taking photos with a phone a phone while driving is not worded in current legislation, which dates back 16 years. The current wording of the law say’s it is against the law to use a device “which performs an interactive communication” while driving.

RAC head of roads policy Nicholas Lyes said to BBC: “The closing of this loophole is very welcome and reflects the multitude of ways drivers can use hand-held phones when behind the wheel in 2020.

“We know that the use of hand-held mobile phones at the wheel continues to represent a very real road safety risk, so it’s clear more needs to be done to make this as socially unacceptable as drink-driving.”

If you have been charged with using a mobile phone whilst driving and require advice & representation, get in touch with one of our solicitors on 0345 222 9955 or by filling out an enquiry on the form below.