If you or someone you know is being accused of murder, it is important that you appoint a specialist criminal defense solicitor.

If you are facing a criminal investigation or have recently been charged with the offence of murder, it is crucial that you seek and appoint expert legal representation as soon as possible. Our Specialist Criminal Defence Solicitors are available to advise and represent Defendants charged with murder on a Private Fee-Paying basis only. Allegations of this nature are very serious and can often result in lengthy punishments such as life imprisonment.

The Offence of Murder

For a person to be convicted of murder, the prosecution must prove beyond reasonable doubt that a person of sound mind unlawfully killed another person, under the Queens Peace and at the time had the intention to kill or cause grievous bodily harm.

A Defendant charged with murder is likely to be remanded in custody therefore, it will usually be family members that are making the necessary enquiries on their behalf to source and secure expert legal representation. If you are looking to appoint a Criminal Defence Solicitor in relation to a charge of murder, the first consideration should be whether the Defendant is in a financial position to pay privately for legal representation. As a specialist high-end law firm, we only represent clients on a private funded basis and do not offer legal aid. 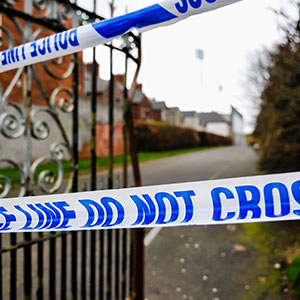 When there is an attack which is very serious and the victim has survived, the suspect will not be charged with murder, instead a more appropriate charge would be one of ‘attempted murder’.

For a person to be convicted of attempted murder, the prosecution must prove beyond reasonable doubt that there must be an intention to kill and must have done something to demonstrate the intention to kill.

We have been covering only private client criminal cases for many years and the benefits to our clients are clear. Our clients receive a much higher level of legal expertise and attention, because they are funding their cases privately. This enables us to dedicate more time in preparing the case, compared with firms that may also offer legal aid. Legal aid lawyers (Duty Solicitors) are often over-worked and are covering more cases than they should, as the nature of their work is not profitable, and this can result in your case not receiving the time and attention it deserves.

Our private client solicitors are specialists in their field, have significant experience and will have dealt with other similar cases in the past and will know the best strategies to achieve the best possible outcome.

We are also recognised as a Best Rated law firm in Birmingham and Milton Keynes. This reputation has been developed by providing unrivalled expertise, practical advice, communication and court advocacy.

If you choose to appoint us to defend your case, we guarantee that you will be provided with the best legal representation available, which in turn will provide you with the best chance of a successful result at Court.

We represent the full range of clients from ordinary people, through to high-net worth individuals, business owners, sports personalities and actors. We are instructed by individuals that are in a financial position to pay privately for legal representation and those that appreciate the benefits of doing this, as opposed to using public funding.

We have significant experience in successfully defending: