Expert Criminal Defence Lawyers offering our services nationwide. Offering our specialist service to those accused or charged with Theft

Our Specialist Private Funded Criminal Defence Solicitors have been advising, representing and defending suspects at Courts for the offence of Theft for many years. The key difference between Kang & Co Solicitors and other law firms is that we only represent clients on a Private Fee-Paying basis which is either on an hourly rate or an ‘Agreed Fee’.

This enables us to provide unparalleled client care, legal advice and dedication towards legal representation. We frequently represent ordinary hard-working members of the public that find themselves facing a prosecution for Theft. Which is generally either due to a misunderstanding, or a deliberate false allegation made by a work colleague, employer, neighbour or family relative to sabotage a person’s reputation and prospects. If you would like a no obligation telephone conversation with one of our experienced and skilled lawyers, please call us on 0345 222 9955 or complete our Contact Form for a call back. 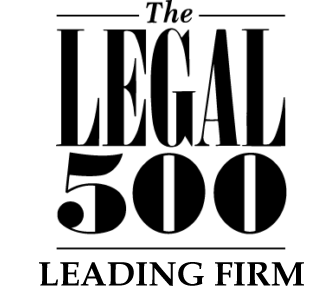 The Criminal Offence of Theft is contained within Section 1 of the Theft Act 1968. This offence is committed when a person dishonestly appropriates property belonging to another with the intention of permanently depriving the other of it.

Therefore, in order to secure a conviction, the prosecution must prove beyond reasonable doubt the following elements have all been satisfied:

If the prosecution is unable to prove any of the above elements at Trial, then the Defendant is likely to be found Not Guilty.

The police will usually conduct a ‘Voluntary Police Interview Under Caution’ when dealing with certain types of criminal offences, or where they are dealing with suspects that have not been involved in the Criminal Justice System and are of a professional background. If the police officer dealing with the case takes the view that the suspect will co-operate with them by attending the station on an agreed date and time, they will be offered a voluntary interview.

If a voluntary police interview under caution is suitable, given the nature of the offence and given the circumstances of the suspect, the police officer will contact the suspect to arrange a date and time for the interview to be conducted.

If you have been contacted by the police to an interview for an allegation of Theft, you should be aware that you are attending as a suspect in a criminal investigation, and it is not ‘a quick chat’. So that your rights and interests are protected at the interview, you should give serious consideration to appointing a theft solicitor as soon as possible so that you receive the right legal advice before, and during the interview.

The Sentence for Theft

Theft is a ‘triable either way’ offence, which means that it can be heard in the Magistrates’ or Crown Court.

If a person is convicted or pleads guilty, the court can impose a fine, community order or a prison sentence of up to 7 years.

If you are facing a criminal investigation or prosecution and you require a theft lawyer, you should seek out the very best team to defend your case. This will give you the best possible chance of a successful outcome. Our solicitors and barristers are highly experienced and recognised nationally for successfully defending a significant number of high-profile criminal prosecutions throughout England and Wales.

As a specialist private funded criminal defence law firm, we represent clients that are in a financial position to fund their cases privately, as a result our clients do not usually qualify for Public Funding (Legal Aid) and for that reason we do not undertake any work on Legal Aid.

Private legal representation is not only reserved for the very wealthy, many of our clients are ordinary people that require a robust defence team to provide them with the best chance of protecting their reputation and career. If you require more information on the cost of defending your case, speak to one of our solicitors for a free no obligation fee estimate.

Our Reputation for Excellence

When you instruct Kang & Co Solicitors, we meticulously analyse your case from every possible angle. We advise on all available defences and assist you in developing a robust case strategy. Our experienced theft solicitors and lawyers will build your case and leave no stone unturned in advancing your case.

It is vital that you receive experienced and skilled legal advice and representation from the outset, so that the case has a strong foundation and takes the correct course of action.

In addition to having our own in-house barristers and advocates, we also have strong working relationships with very senior members of the Bar (including QC’s) and other leading legal experts in their field who can form part of your legal defence team.

Theft from Employer and Corporate Theft

We have represented many clients that have faced prosecution for theft as a result of an allegation made by an employer, manager or work colleagues. In many work environments ‘office politics’ plays a big part and if you are being victimised by a manager or work colleagues, it is not uncommon for false allegations of theft to be made in order to have an employee dismissed with immediate effect. The problem with this is that if the Police and Crown Prosecution Service (CPS) decides to progress the matter further to charge and prosecution, what started off as a malicious allegation, could result in a life-long criminal record.

It is important to appreciate that if you simply decide to plead guilty to have the matter resolved quickly or are found guilty following a trial you will receive a Criminal Record, which will in most circumstances cause difficulties in finding future employment, as a potential employer is unlikely to recruit an employee that has a previous criminal record for Theft. You should seek expert legal advice before it is too late, so that you can make an informed decision on whether a trial is suitable in your circumstances.

What is a Criminal Trial?

As an example, a person (the Defendant) is charged with a criminal offence such as Theft however the allegation is untrue or there might be a defence available, for example there was no intention to permanently deprive the owner of the property in such circumstances the defendant may wish to plead ‘not guilty’ and challenged the prosecution case. Once the defendant has attended Court and pleaded ‘not guilty’ the case will be adjourned (delayed) for a trial hearing.

What is The Purpose of a Trial?

The purpose of a trial is to establish whether the person or company being prosecuted (the Defendant) is guilty of the offence they have been charged with. Using the example mentioned above (theft), the purpose of the trial is for the Court to consider all the evidence and then to establish whether the Defendant is guilty of the alleged offence. Simply because a person pleads not guilty it does not mean that the case is concluded. Trials are a mechanism used to determine the outcome (guilty/not guilty).

What our Clients Say

“Excellent service from beginning to the conclusion. A realistic view and opinion regarding the case, a knowledgeable and experienced team. Kept us up to date with the progress and pursued any delay caused by the other party swiftly. Case preparations were spot on. Barrister Mr Shoker and solicitor Mr Manjinder Kang made an excellent team for our case. Would highly recommend, a true professional company, saved my job. A big Thank You to Manjinder and Mr Shoker, a great team.” – Pras

“I dealt with Carla Riozzi and the service was very good. Communication was clear, accurate and professional. I trusted Carla from the first meeting, and I would recommend Carla to everyone I know and I’m sure they will be happy with her too.” – Adam

“Manjinder Singh Kang is an exceptional solicitor. Although my case was not straightforward, after a no obligation phone call I instructed Kang & Co. as Manjinder and team were just as motivated to win my case as I was. My previous solicitor did not entertain fighting all the way for my case when it was time to plea as often the easiest outcome is also the quickest to end the case. I believe Kang and Co. knew how essential it was for me as a professional to maintain my clean record to save the career and reputation that I have worked so hard for. He was attentive when I explained the full mitigating circumstances behind my incident and I realised that the only way for the facts to come out would be by fighting all the way to trial.

“Although every case has strengths and weaknesses, Manjinder was honest with myself on the best course of action to strengthen my case. His language, often involving complex areas of law was easy to understand and interpretable. Manjinder was very prompt with replying to my emails and always welcomed questions when I was unsure on a matter. The quotes were competitive and were payable in bite sized chunks as the case progressed. His choice of counsel was also a great match for the nature of my case. My case progressed to the Crown Court and Manjinder was still working hard throughout proceedings and often attended after completing his shift at his office.

The combination of hard work, expertise and commitment to achieve the best possible result ended up in my acquittal at trial. I believe instructing Kang & Co. at the time that I did made all the difference in securing a successful outcome. I would recommend Kang and Co. if you need legal representation.” – Shahan