If you have committed a Driving Offence in Coventry or have received a Postal Requisition / Summons to attend Coventry Magistrates’ Court, call our Motoring Offence Solicitors on 0345 222 9955 or complete our Enquiry Form and one of our Specialist Motoring Offence Lawyers will respond to your enquiry by providing you with an initial telephone assessment about your Motoring Offence Prosecution.

Our solicitors and barristers have substantial experience in representing motorists throughout the country for offences such as Drink Driving, Speeding, Exceptional Hardship Applications and very serious motoring offences such as Causing Death by Careless Driving. 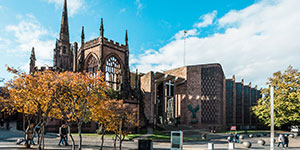 Avoiding a Driving Ban in Coventry

In other circumstances, you may require a solicitor to represent you at Court for your Sentence Hearing to ‘Mitigate’ on your behalf. This is so that you receive the lowest sentence possible. Our lawyers frequently represent clients before Coventry Magistrates’ Court. They have many years’ experience in convincing the Court to take into consideration personal mitigation, which can result in avoiding a Driving Ban.

The Court will also consider the effects of a driving ban on other people and dependants connected to the motorist. These third parties are effectively innocent of any offence and would, in essence, be punished if the motorist were to be disqualified for Totting Up. This can be a very important factor that could mean exceptional hardship would be suffered.

For a driving offence committed in Coventry, an exceptional hardship argument would need to be made at Coventry Magistrates’ Court, which can be a daunting and frightening experience for those who are unfamiliar with the Criminal Justice System.

In circumstances where the motorist is represented by a specialist motoring law firm, an advocate will present the evidence for the application in their submissions on behalf of the defendant. The defendant would then simply be asked on oath to confirm the truth of those submissions. At Kang & Co Solicitors, our specialist Totting Up Solicitors have been making successful exceptional hardship arguments for many years, and are skilled at identifying key evidence to win your exceptional hardship application. We have a robust approach to preparing our arguments and will not rest until a case is at its strongest.

Our driving offence lawyers take the time to understand our clients and their personal circumstances to present a case to the Court which is totally unique. 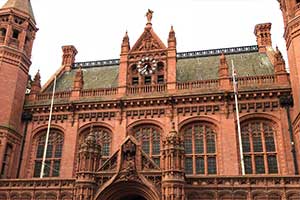 Our client Mr Haughton was two  years through a four year driving ban when he appointed us to apply for an early reinstatement of his driving licence. 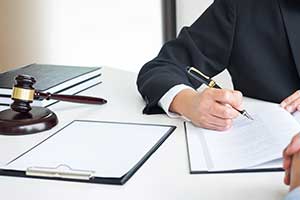 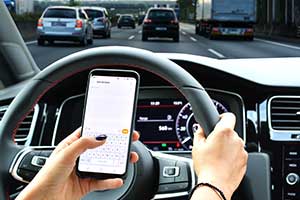 Mr Fraser appointed Kang and Co Solicitors to represent him after he was charged with using a mobile phone whilst driving, something he denied.

What Our Clients Say

My initial meeting with Manjinder himself, was undoubtedly professional and threw me under no false pretenses about what could and could not be achieved. I was represented by Mr Shoker, an associate of Mr Kang, who was both exceptionally competent and sincere. I am very grateful for Mr Shoker and Kang & Co’s assistance, and would recommend them for any relevant legal matters.  Charlie

Amazing service overall. I was impressed with how fast I had responses from emails with any queries or questions. On the day of my meeting with Kang & Co all options were made very clear and the advice I was given provided the result I wanted! I highly recommend Kang & Co, especially for motoring convictions.  Joseph McBrearty

If you are facing prosecution for a less serious motoring crime in Coventry such as Speeding, Totting-Up, Careless Driving, Failing to Provide Driver Details or Using a Mobile Phone Whilst Driving, your case will be heard before Coventry Magistrates’ Court

The address for Coventry Magistrates’ Court is:

The address for Coventry Crown Court is:

How to get to the Courts from the Train Station

Coventry Magistrates’ Court and the Coventry Combined Court Centre (Crown Court) are located in the city center of Coventry. The courts are within just a short distance from Coventry Train Station.

The easiest way and perhaps quickest to get to the courts is by foot. Both courtrooms are approximately half a mile from the station and take 10-12 minutes to walk.

If you are unable to walk to court then you can jump in a taxi from the train station. This will only take around 5-10 minutes depending on traffic.

Car Parking Near the Court

There are multiple car parks within a short distance of the Magistrates’ Court and the Crown Court in Coventry. There is no guarantee of parking at the court facilty itself, but there are 4 good sized car parks with a short walk of the courts. The closest car park is the New Union Street Car Park which is a muti storey car park some 100 meters from the Magistrates’ Court. Other car parks nearby include the Whitefriars Car Park, Salt Lane Surface Car Park and the Cheylesmore Car Park.

Places to Eat  near the Court House

Refreshments are sometimes essential if you are spending a long period at court. Thankfully both the Coventry Magistrates’ Court and Crown Courth have food and drink on their sites via vending machines. If you wish to eat out instead, due to it’s central location, there is no shortage of nearby shops, cafes and resturants. 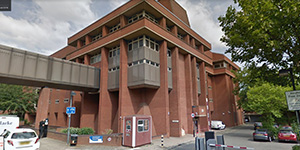 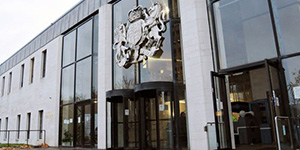 Top Tips on Attending Court from the Legal Experts

A Quick Guide to Totting Up

In this "Quick Guide" we will take you through the law, the penalties and the defence for Totting Up (Totting-up) driving bans in England & Wales.‘Totting Up’ occurs when a motorist accumulates 12 (or more) active penalty points on their driving licence within a...
Read More

A Quick Guide to Drink Driving

Kang & Co director Manjinder Singh Kang was recently featured in the Birmingham Mail discussing the dangers presented by smart motorways, which have been highlighted to him from his own experiences with clients involved in smart motorway collisions. The potential...
Read More

What is the Sentence for Actual Bodily Harm?

If you have recently been charged with Actual Bodily Harm ABH, contrary to Section 47 of the Offences Against the Person Act 1861, one of the key concerns or questions you may have is likely to be ‘what is the sentence for Section 47 ABH’. In this article, we shall...
Read More

In this "Quick Guide" we will take you through the law, the penalties and the defence for the offence of Speeding in England & Wales.Offences of exceeding the speed limit (speeding) are contained in the Road Traffic Regulation Act 1984 and fall into four classes,...
Read More

If you have recently been charged with Dangerous Driving under Section 2 Road Traffic Act 1988, understandably you will be concerned about whether you will go to prison for the offence. In this short article, a specialist motoring defence solicitor will answer this...
Read More

If you have recently received a Notice of Intended Prosecution (NIP), a Notice of Proposed Driving Disqualification or a Court Hearing for speeding over 100mph understandably you will be concerned and will want to know ‘How long is the ban for driving over 100mph?’...
Read More

How Long is the Ban for Drink Driving?

Have you recently been charged with Drink Driving? One of the common questions our clients ask our specialist driving offence solicitors is ‘How Long is the Ban for Drink Driving?’. In this short article, we shall briefly answer this question. The offence of driving...
Read More

What happens if you fail to provide a specimen of breath to the Police?

If you have recently been charged with Failing to Provide a Specimen for Analysis under Section 7(6) Road Traffic Act 1988, you may have some questions about your options before you attend the Magistrates’ Court. In this short article, our lawyers answer some common...
Read More

What Happens When I reach 12 Penalty Points?

If you have or are soon due to accumulate 12 penalty points onto your driving licence, understandably you will have questions and concerns regarding how this may impact upon your driving licence and whether you will receive a disqualification. In this short article,...
Read More