Looking for a Driving Offence Solicitor in England or Wales?

Kang & Co Solicitors can help save your Driving Licence. Contact one of our specialist motoring offence lawyers at our Birmingham, London or Milton Keynes office via our contact form or by calling us on 0345 222 9955.

Our driving offence solicitors and barristers pride themselves on providing a friendly, professional service with a high success rate. Our team of experienced solicitors and legal professionals can assist you in all motoring matters including drink driving, careless driving, and driving without insurance.

If you are worried about losing your driving license, it is possible to have a successful defence against motoring charges and we may even be able to help you avoid disqualification, particularly where losing the right to drive can adversely affect your family life and employment

Have you committed a Driving Offence and what are the consequences?

In the modern world, driving has become a crucial part of our lives. Amongst other things, we depend upon driving for work, dropping the children off at school, looking after vulnerable relatives and meeting family/friends. We often take this for granted. However, our lives would be very different if we were disqualified from driving and no longer allowed to drive.

For most people disqualification from driving means, they are no longer able to continue their employment which could have devastating repercussions upon all aspects of our modern lives. In most instances, this results in financial difficulties and problems in meeting household commitments such as mortgage repayments.

Tradespeople such a plumbers, electricians and builders face extreme difficulty if disqualified, as they will be unable to travel to building sites or the homes of customers by themselves. For a tradesperson, attempting to deal with a driving disqualification by using public transport is not a viable solution as they cannot transport their tools/equipment.

Bus drivers, taxi drivers and HGV drivers suffer severely if disqualified, or even if points are endorsed upon their driving licence. With these clients, they would have likely relied upon driving as an income for a significant period of time. They may not have the skills/experience to change careers, and this could leave them unemployed for a significant period.

A driving conviction could cause difficulties in seeking promotion or new employment. Some employers specifically ask about such convictions and they may factor that in.  This could potentially hinder career progression.

Our high-profile clients are usually concerned with adverse press publicity, as a conviction could be detrimental to their public image. Any conviction could result in the forfeiture of a position of responsibility or losing out on future work deals due to a blemished public profile.

At Kang & Co Solicitors we understand the importance of our clients retaining their driving licence and keeping their reputation intact. If you are being investigated for a driving offence it is crucial that you seek professional legal advice from a specialist driving offence solicitor. This will give you the best possible chance at defending your case and ensuring you are advised of any weaknesses in the prosecution case.

If you have been called to attend a Police Interview or have been charged with a driving offence and are due to appear in Court, please contact us. We can then provide you with details on how we can assist and represent you to ensure your case is properly assessed and your interests and livelihood are protected.

Do You Require a Road Traffic Offence Barrister?

Are you at Risk of Receiving a Driving Ban?

Whether a motorist is disqualified from driving will depend on several factors such as:

Certain offences such as drink driving, dangerous driving and failing to provide a specimen for analysis attract a mandatory driving disqualification if a person pleads guilty or is found guilty following trial. However, there are several offences where the Court has the discretion to either impose penalty points or a driving ban. Examples of such offences are speeding, careless driving, failing to stop / report and driving without insurance.

If you would like to know whether you are at risk of receiving a disqualification, then please call our lawyers on 03452229955 or complete our contact form for a no obligation telephone assessment of your motoring prosecution. 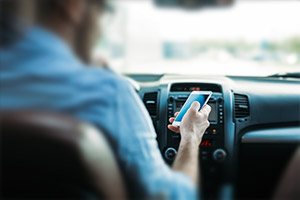 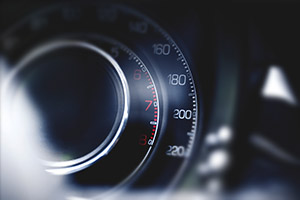 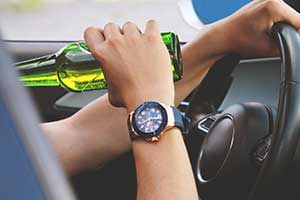 The prosecution may charge a motorist for driving with excess alcohol if the evidential reading in breath, blood or urine is above the prescribed legal limit. A charge under Section 5(1)(a) Road Traffic Act 1988 attracts a driving ban of at least 12 months. Depending on the alcohol reading and previous convictions, the Court has the power to impose a driving ban of up to 5 years and 6 months imprisonment.

The Court will not impose penalty points if a person pleads guilty or is convicted of Drink Driving. As this offence attracts a lengthy disqualification and the potential of a prison sentence, expert legal advice should be sought as soon as possible so that your rights and interests are properly protected in Court.

How to Avoid a Drink Driving Ban

A conviction and ban can be avoided if the matter is progressed to trial (defended) and the trial is subsequently successful. This is a very technical area of law, which requires specialist expert knowledge, therefore legal representation should be sought if you are considering defending a drink driving prosecution.

A successful Special Reasons Argument can also result in avoiding a disqualification for drink driving. 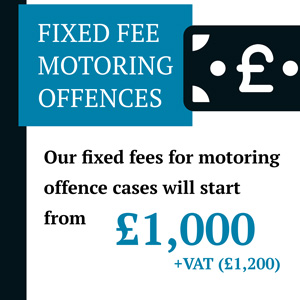 If You Want To Keep Your Driving Licence, Avoid Doing These Things

What Happens if You Reach 12 Penalty Points?

Certain types of motoring offences attract penalty points, the most common being speeding. A person caught driving slightly over the speed limit will usually be offered a fixed penalty notice with points, which if accepted are added to the driving record. Fixed penalties can also be given for offences such as failing to provide driver details, using a mobile phone whilst driving and driving without insurance.

When penalty points are accepted, they are endorsed onto the driving licence and remain active for 3 years from the date of the offence, thereafter the points will drop off. If, however, a person accumulates or will accumulate 12 penalty points within a 3-year period, the motorist will be classed as a ‘totter’ and will be disqualified for at least 6 months unless they put forward an Exceptional Hardship Application.

A motorist may put forward an exceptional hardship argument if they are facing a penalty points disqualification, in other words attending Court due to accumulating 12 penalty points on their licence.

The application will look at the repercussions a disqualification would have on others such as family members.

The application must be made in person at Court, and a very strong, well-crafted and compelling argument will need to be put forward before the Court to demonstrate that exceptional hardship is genuine and does exists.

Speeding is a common motoring offence which can occur in built up areas, on the motorway, on dual-carriageways and on country lanes. The Court will usually have discretion on whether to impose penalty points or a driving ban for offences of speeding.

As an example, a motorist with a clean driving licence, caught speeding at 104 mph on a motorway could receive a driving ban or 6 penalty points. Our lawyers frequently represent clients throughout the country for speeding offences and frequently mitigate on behalf of our clients to encourage the Court to impose penalty points rather than a driving ban.

If you are facing a prosecution for speeding, please contact our lawyers by completing our Contact Form or calling 0345 222 9955 and we will explain whether you would benefit from appointing a solicitor.

Do You Require A Driving Offence Solicitor?

Kang & Co Solicitors truly specialist driving offence solicitors and barristers are experts at defending clients who have been charged with a motoring offence or are facing potential punishment.

Call Us For Initital No Obligation Assessment