Our PACE Interview solicitors are experienced at advising and representing clients for full range of different PACE Interviews
At Kang & Co Solicitors, our lawyers are available to represent individuals and companies for the full range of PACE Interviews (Police and Criminal Evidence Act 1984) Under Caution. If you have been requested to attend a Voluntary Interview, it is vital that you receive legal advice and representation before and during your interview, for Free Legal Advice regarding a PACE interview, call our lawyers on 0345 222 9955 or complete our Contact Form and one of our lawyers will call you back.

Types of Interviews We Can Assist With

Our lawyers can be instructed to assist with the following types of PACE Interviews:

Invitation to Attend a PACE Interview

Voluntary Interviews are becoming increasing more common for certain types of Criminal and Regulatory Offences. This is partly due to the cost saving benefits to the Police / Regulator and because the suspect is cooperating, which makes an arrest unnecessary. If you do not cooperate or fail to attend, you could be arrested and interviewed or alternatively the Police / Regulator may simply issue proceedings because you have not cooperated during the investigatory stage. We advise all our clients to cooperate and attend, as it provides them with an opportunity to place their account on record at the earliest available opportunity, which may result in the matter not progressing any further or alternatively if the matter does progress, the foundation of the defence has already been put in place.

What Is a PACE Interview?

The PACE interview is a crucial aspect of any criminal or regulatory case as the account given by the suspect / defendant can be used as formal evidence in the prosecution. The interview will set the foundation of any defence raised in the case and for that reason it is crucial that legal advice is always sought from a specialist solicitor before attending the Voluntary PACE Interview.

‘You do not have to say anything. But it may harm your defence if you do not mention when questioned something which you later rely on in court. Anything you do say may be given in evidence.’

The Interview Under Caution

The person conducting the interview (Police / The Regulator) will ask a series of questions regarding the alleged offence and is likely to challenge the account given by the suspect to assess the integrity and truthfulness of the account given. The length of the Interview Under Caution will depend upon the number of offences, the evidence in the case and the complexity of the matter.

In Manjinder Kang, Kang & Co have a experienced and specialist solicitor at advising and representing clients for full range of different PACE Interviews. From Driving & Criminal Offence interviews to Regulatory & Trading Standards interviews.

Call Us For An Initial 10 Minutes Free Advice

Legal Advice at a Pace Interview

The person attending the PACE interview is entitled to attend with a Solicitor / Legal Representative. The advantage of attending with a lawyer is that the lawyer will firstly obtain disclosure from the Police / Regulator as to the allegation and will then advise the suspect accordingly. The advice receive before the commencement of the interview is crucial as it will set the tone and foundation of the case, should the matter progress into a prosecution. Obtaining robust and specialist legal advice from the outset can result in the police / regulatory investigation not progressing beyond the interview stage.

Our lawyers have on many occasions, provided advice to clients which has resulted in the prosecution being discontinued.

Our solicitors are available to represent individuals and companies throughout England and Wales on a Fixed Fee for the complete range of interviews. As a specialist high-end law firm with skilled and experienced lawyers, we do not undertake any work on a Public Funded (Legal Aid) basis.

Our fees for interviews range from £500+VAT to £1500+VAT, however the fee we charge for each interview is individually set and based on the location, the type of offence and the work involved, if you would like an accurate fee for representation at a voluntary interview, please call us on 0345 222 9955 or complete our Contact Form. 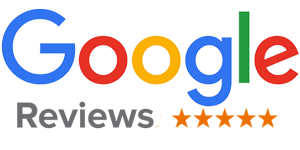 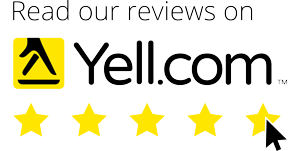